How Blockchain Could Redefine the Gaming Industry

While blockchain technology has made its mark on many sectors, the online gaming sector has had the biggest slice of the pie so far. The latest DappRadar Report states that blockchain gaming contributed 52% of the total blockchain activity in Q1 2022. Over the past year, Blockchain gaming has grown at the incredible rate of 2,000%, with games based on NFTs and Play-to-Earn models garnering the popular vote.

While online gaming has been a thing for decades, blockchain gaming has caught up with the internet audience very recently. The spurt in growth is remarkable as the games witness a huge influx of players; they also have raised billions worth of investment. This year, Polygon, Yuga Labs, and Animoca Labs won the biggest bets in investing rounds. Axie’s growth in 2021 is considered an ideal for the P2E gaming industry, and games like Decentraland with their NFT lands are the inklings of the upcoming web3 and the metaverse where we would be living our extended digital lives. Projections call for the gaming industry to reach a valuation of $39.7 billion by 2025.

We talked enough about the meteoric rise and bright prospects of the blockchain gaming industry but didn’t the facts and figures ring a bell? What makes these blockchain-based games stand out and win the hearts of gamers and investors alike? What about the ‘blockchain’ aspect in these games that millions of people throng each day to play and develop these games and monetize their gameplay via these games?

Let’s discuss how blockchain is revolutionizing the gaming industry:

A blockchain-based game uses smart contracts to facilitate in-game transactions and ownership of in-game assets like land, weapons, tools, etc. Blockchain games leverage the NFT technology to make the ownership of in-game assets easier and more secure. Since NFTs are built over smart contract-based tokens such as ERC-721 tokens, there is negligible scope for malicious activity. The entire transaction history of these NFTs gets immutably written over the host blockchain. Also, these in-game NFTs can be minted, bought, sold, and traded on secondary marketplaces for additional revenue. The NFTs get directly transferred to the players’ wallet addresses making ownership trustless and economical. Also, the player gets to own their in-game assets fully.

#2 Cryptocurrencies to fuel the in-game economy

Native tokens of any gaming platform, besides serving the regular in-game transactions, can also be used for staking, in-game advertising, affiliate or referral marketing, and more. Players can watch specific ads, complete tasks, and fill in surveys to earn gaming cryptocurrencies. Cryptocurrencies allow instant and secure transactions over a blockchain without any central authority overlooking the exchange or any middlemen involved.

Blockchain games have been experimenting with metaverse-related themes and features for a long time now. Games like Axie Infinity, Decentraland, My Neighbor Alice, etc., let the players enter a virtual world where they become digital avatars. These avatars can own lands and assets, do daily activities, fight, race, survive challenges and battle competitors, and do things similar to what we do and experience.

Metaverse games provide entertainment and a high immersive experience to the players via headsets and gaming cards. Technologies such as augmented reality, virtual reality, artificial intelligence, and machine learning come together to create a 3D experience and simulation so close to the real world for players.

While GameFi is still an evolving field, the rewards and earning opportunities while playing games have become a major USP of blockchain games. Earlier, players would spend hours playing a game and spend their money on entry fees and buying other in-game items. With NFT-based and Play-to-Earn gaming models, players can strategize their gameplay and monetize the time spent playing online. Unsurprisingly, blockchain gaming is becoming a source of earnings for many people across the globe.

GameFi implies the integration of Defi capabilities with the game dynamics to provide newer monetization opportunities to the players. For instance, players can stake their in-game NFTs and tokens to add to the liquidity pools in the game while adding a fair amount of rewards to their kitty. The players also get to partake in the game’s governance and vote on future developments in the game ecosystem.

#5 Game Interoperability for players and developers

As web3 approaches even nearer, interoperability will impact the players’ gaming choices. This web3 feature of the ease of moving your assets across different blockchains and platforms holds much significance in the gaming world. The games that support NFTs built over other blockchains or on other platforms have the potential to upholster the gaming economy even further.

This interoperability is also attracting many developers to build their games over blockchain and avail of the extended capabilities of these games and blockchain infrastructure. The current locus of blockchain activity — blockchain gaming — is attracting more and more game studios and well-known AR/VR brands who want to invest in these gaming platforms. Recently, Microsoft acquired Activision for $68 billion. These M&As entail an enhanced virtual experience for the players on their phones as well as desktops. The interoperability factor here allows the players to enjoy their favorite blockchain games via any of their devices.

Online blockchain gaming brings together several web3 elements to present the players with real-world gameplay opportunities. With blockchain as the infrastructure for these games, the transparency, immutability, and security of the in-game transactions and asset ownership is ensured. To conclude, we can safely say that online gaming is the future, and blockchain gaming is the tipping point for the mass adoption of the greatest disruption of the century.

Crypto Is Playing a Vital Role in the Russia Ukraine War 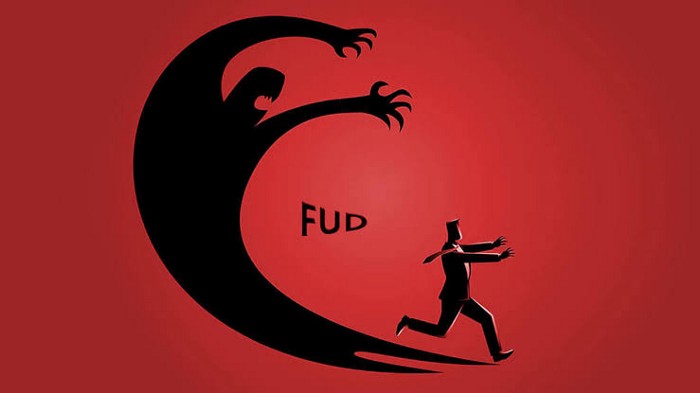 FUD: What it is and how to steer clear from it

5 Lessons For Crypto Investors To Learn From FTX Crash

Day Trading or HODLing: Which One Should You Pick?

The Future of the Defi Sector Post the Terra Crash

How Bitcoin and Blockchain Have Already Changed Crowdfunding